Are you really engaging your “fan base”?

I graduated from Winona State University in 1996. It’s not a big school, but I really enjoyed my time there. I played golf for a few years, graduated with a BA in mass communications and was involved with the student newspaper, AdFed and a handful of other student-led organizations. Point is, I was an engaged student.

Twelve years later, I’m still an engaged WSU fan. I follow the news and recent happenings from the University. I follow the football, basketball and golf teams. And every once in a while I even get the chance to head down for a game.

But, WSU is still missing a huge opportunity with me.

Aren’t I already an invested fan, you ask? Well, yes and no.

As an alumnus, the University depends on people like me for two things: money and referrals/word of mouth.

And quite honestly, despite my commitment to the school, they’re failing on both counts.

I don’t give back to the University. Not because I don’t support it or care. I just haven’t been approached in the right way. Every year, some anonymous student calls me from WSU asking for money. A cold call, in effect. It’s a blanket ask for money. Little context. And no relevancy. Why not customize the “ask” a little more–have someone from the mass comm dept reach out to me and encourage me to give $100 so they can purchase 25 new MacBooks next year. Or, someone from the golf team could call me and ask for $250 to buy new bags for the team in ’09. I can guarantee you right now if either of those calls is made, I’m plunking down the money. Now, you might say, maybe they are planning to use the money for those things? Well, yes, but it’s all about relevancy and catering your approach to your “customer”–in this case, alumni like me. Show me you care about me and what’s important to me and I’ll return the favor.

On the word of mouth side, I also have reservations. I would refer folks to Winona, but I just feel like I don’t “know” the school anymore. I don’t have the time to keep up with what’s going on with the mass comm program. What new facilities they’ve built. Or, what innovative technologies they’ve helped develop. What about a once a month email from the alumni office highlighting the most recent achievements of the school, new professors and results from the teams I follow (basketball, football and golf, in my case). Why not offer up more frequent information to those alumni who’ve signed up the WSU fan Facebook group, including photos from recent alumni events? Why not encourage current students to reach out to former students to ask them to speak at upcoming lectures or classes about how they’ve put the skills and knowledge they gained at WSU to good use in the workplace? Simple actions that would result in a big payoff–me referring family, friends and colleagues to my alma mater.

With a little extra effort, and a few additional resources, WSU (and other schools its size) could really make huge inroads with their alumni.

What about you? Do you feel engaged by your alumni organization? Why or why not? What could they do differently to draw you in? 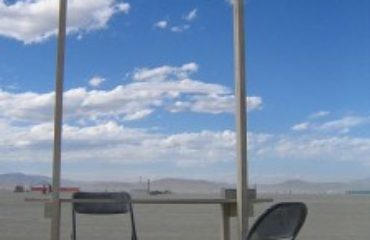 What’s the best PR advice you ever received?