Today’s “rant” comes from Jenny Schmitt, a.k.a., “@Cloudspark” on Twitter. I’ve gotten to know Jenny a bit these last few months and we share a passion for the current health care debate discussion, so I thought what better way for Jenny to share her thoughts than for her to rant here today. Here goes…

One of the more fascinating recent political rows has been the national ‘healthcare reform debate’ which really should have been called the national ‘health insurance debate.’ It has had nothing to do with care and everything to do with dollars.  More fascinating (from the communications side) is how a few political entities dominated the debate and how the majority of mainstream media blindly reiterated their messages.

While the Obama administration and the Congress set in motion a behemoth piece of legislation that would enact the largest entitlement program since FDR’s New Deal, and the largest new healthcare program since the formation of Medicare in 1965, the communications pushed out to the public were tightly controlled and very limited.  We heard the phrases “public option,” “affordable premiums,” and “cover the uninsured” over and over by the media.  However, those messages didn’t match the legislative realities nor the eventual bills presented in the House and the Senate. And this was the beginning of a real disconnect n the debate and on what we were actually debating.

But who was actually controlling and presenting the information on the debate? Who was informing your opinions? And how could anyone rightly know just what was included in 1,000+ pages of legislation.  Even some Senators publicly admitted they didn’t read it or know everything in the bill.  So how were you and I to know?

For the most part we relied on the messages masterly crafted, staged and perfected by elected officials and repeated in most of America’s mainstream media channels.  If you ask the average person today, they might tell you this legislation was a chance to get the uninsured covered, to make healthcare affordable for every American – but the facts present a very different truth.

The final bill debated in the Senate, a radical monolith of healthcare legislation set to cost – at conservative estimates – an additional $222 billion dollar net over the next 10 years according to the Richard Foster, chief actuary for the Centers for Medicare and Medicaid Services. Senator Harry Reid’s bill, the foundation for the final bill being pushed through in January, included more than $371 billion in new health taxes.  And while the legislation’s main goals, according to the political messages, was to lower our health care premiums, even the Congressional Budget Office (CBO) found that the legislation would raise premiums faster than market norms. CBO found that premiums in the individual market would rise by 10% to 13% more than if Congress did nothing. Family policies under the status quo were projected to cost $13,100 on average, but under ObamaCare it was projected to jump to $15,200.  That’s real costs to your pocketbook – your taxes, your premiums, your co-pays.  The final bill in the Senate, despite its size and cost, would not even have covered all of America’s uninsured.

With this kind of fiscal reality, how did this compare with the messages coming to you in your daily news? With the CBO study, The Washington Post declared “Senate Health Bill Gets a Boost” and The New York Times chimed in “No Big Cost Rise in U.S. Premiums Is Seen in Study.”  How can a bill that costs billions that we don’t have, and thousands in additional taxes to you, me, and the working family, not be a big cost?  So it wasn’t just the politicians selling us short, those like Finance Chairman Max Baucus who stated on Senate floor that “Healthcare reform is fundamentally about lowering healthcare costs. Lowering costs is what healthcare reform is designed to do, lowering costs; and it will achieve this objective.”  We also had mainstream media, with a few exceptions, sending the message that this piece of ‘reform’ would be good for us all.

We saw some contribution by the public – the now infamous Town Halls where real Americans wanted answers or to express their opinions, only to be labeled as radicals or portrayed as a mob fueled by rabble-rousers sorry about the elections.  We endured political counter attacks fueled by the focus on “death panels.” We saw certain news channels questioning the numbers, the necessity of the legislation, only to be labeled and marginalized by political game playing.  And yet those same political game players shut the doors on the American people. We were robbed of the chance to see the bill’s negotiations as Congress moved them behind closed doors – a violation of Obama’s and the Democratic majority’spromises to open up the legislative process to limit undue influence by lobbyists.

At every turn of the hour, at nearly every major newspaper, we were presented with messages driven from the politically powerful with very little question as to the validity, credibility, or actual truth, of what was being written and proposed for law.  We know where the hospitals, physician groups and health insurance companies were – walking the halls of Congress or working with the White House to ensure that their bottom lines were protected.  But where was the media’s responsibility to provide a balanced coverage? Where were the powerful forces for the patient? Where were the voices of reason asking how we were going to pay for this? And how would it help more people get insurance? And how would it keep my premiums from rising so severely?  And most importantly, how would this improve the health of our nation and my own personal health?  Those questions and their answers weren’t deemed important, necessary, or relevant. The pandering to politicians along with the drama of the debate made for better headlines; the divide of the political game play was too salacious of a story, too entertaining without the need to delve deeper and answer more critical questions.

No matter where the health insurance legislation lands, or the debate on health-care coverage takes us, we should all pay more attention to who’s delivering the messages that form our opinions, whose messages are being squelched – and at what cost. 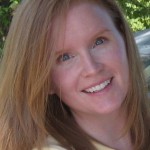 Jenny Schmitt (@cloudspark) is the senior spark at CloudSpark, an award-winning communications strategy company based in Atlanta. A frequent media contributor, Jenny has been quoted in BrandWeek, Nielsen’s Small Business, USA Today among others; she regularly contributes to blogs relating to social media and public relations. She can be reached at jschmitt(at)cloudspark(dot)com. 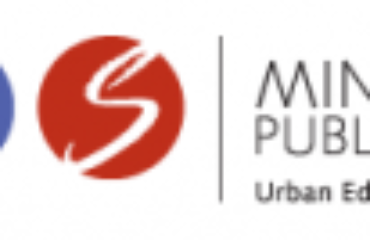 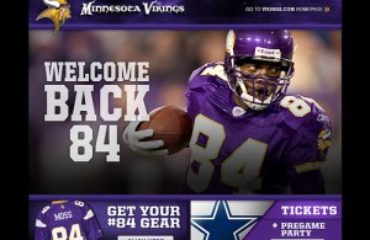 4 PR lessons you can learn from the Minnesota Vikings 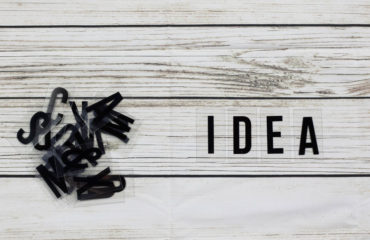 5 new business ideas I’ve been considering – what do you think?