The myth of the viral video

For those of you in the Minneapolis/St. Paul area, you may have caught a glimpse of the following video a couple weeks  ago on the local newscast.

It’s a video developed by the folks at Lunds/Bylery’s, a local high-end grocery store chain here in the Twin Cities. The idea? Stage a in-store musical, record it and share it via YouTube in hopes it “goes viral.” At least, that seems like the approach.

The video is really in support of the Byerly’s/Lunds “Mealtime Hero” campaign, an initiative that focuses on highlighting customers who consistently go above-and-beyond at mealtime for their families. Interesting concept, right?

And so far, 6,000-plus people have viewed the video. So, it hasn’t exactly lied dormant, but it hasn’t really reached a wide audience either. And, I’m guessing that was their original goal. Use it as a “viral” (there’s that word again) tool to drive traffic to the Facebook page or Web site and generate more nominations.

Which brings us to the question: Do “viral” videos really work? And what makes a video “go viral” anyway?

Let’s start with the latter question. “Viral videos” have a few key elements:

* According to Wikipedia, humor and eyewitness accounts are common threads among many viral videos. David goes to dentist immediately comes to mind.

* However, I tend to think the videos that really go big catch on because they strike a nerve with people. And, in many instances, it’s not based on humor. What about the Pink Glove Dance?

Viewed by more than 8 million people, the video has it’s comical moments, but works because it’s a different approach to a topic that resonates with millions of people. What about the Mayo Clinic octagarians–a video of two 90-year-olds jamming on the ivories at the clinic in Rochester?

Again, this video has a few humorous moments, but what made it so popular was the compelling nature of the video itself. Many people have grandparents they love and adore? To see two folks that age performing like that just makes you smile, doesn’t it? That’s exactly why it “went viral.”

But, the bigger question here really is, “do viral videos really work?” Is it really worth the effort?

The short answer: No and no. Mostly because I believe if you go into it planning to create a “viral video” you’ve already lost. What you should be more concerned with is producing video content that resonates with and compels your key audiences to act. You should be focusing on videos that connect and engage your customers–instead of worrying about how to make a video that will get 10 million hits.

Back to the Byerly’s video for a moment. Does it work? Does it help Byerly’s or Lund’s achieve their business goals and objectives? I think the jury’s probably still out. Will it catch on and spread like wildfire? Maybe. Sometimes all it takes is a pick-up by a widely read Web site or outlet like Mashable.

But I’ll say again, is that the primary objective here? Shouldn’t Byerly’s/Lunds be more focused on creating video content that supports their key strategies online (like some of their other “how-to” cooking-style videos).

What’s your take? Do viral videos work? Should we even be using the term “viral videos?’ 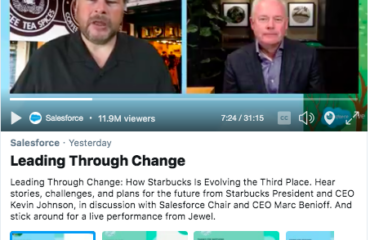 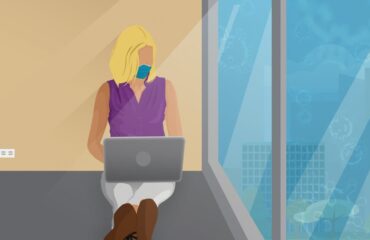 How to start “freelancing” during a pandemic

Help a PR Pro Out: 3 tips for video submissions

14 Comments to “ The myth of the viral video”