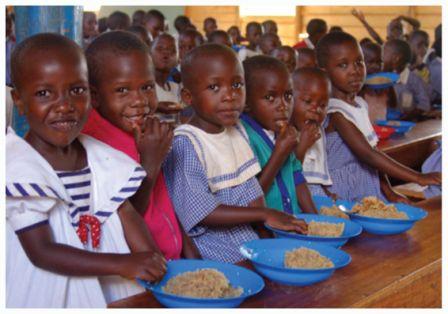 Disclosure: Feed My Starving Children is a client of ACH Communications.

I started working with Feed My Starving Children late in 2010. They’re a great client–the only non-profit I currently work with. And, working for an organization that makes the kind of difference this one does, well, that makes you feel pretty darn good most days (although I’m not making near the difference the thousands of employees and volunteers are making across the world). One area we worked on together earlier this year was finding a tool for one of their internal employee groups to use in communicating and collaborating as a team. After a bit of research, we came to the conclusion that a secret Facebook Group would work best. After some initial coaching and guidance, they were off and running. Below is an interview with Christy Hallenback, marketing associate with Feed My Starving Children, around the implementation of Groups within their MobilePack unit. 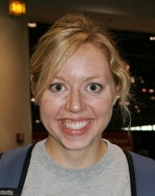 You started using Facebook Groups as your primary communication tool for your Feed My Starving Children MobilePack team a couple months ago. Why did you decide to use Groups and what were you using to communicate/collaborate before?

Our MobilePack staff members travel around the United States for food-packing events. Their experiences in service “on the road” form an inherent camaraderie, though they hardly—maybe once per year—all gather in person. To help these geographically scattered coworkers and friends feel connected to each other, a year ago we began sending a monthly newsletter. It became our sole medium for disseminating photos and stories from recent MobilePack events. While the newsletter was well received, it was time-intensive to create and compile—and it was virtually devoid of the interaction that our staff craves. We ventured into Facebook Groups. We tried the Groups function, given its price (free!—a nonprofit can’t complain about that); its ability to be unsearchable to other Facebook users (“Secret” privacy status); and its convenience and user-friendliness within Facebook, on which nearly all of our staff members were already not only active, but active about their time on the road with Feed My Starving Children.

The MobilePack team has members from across the U.S. So, one of the big benefits of using Groups seems to be allowing these folks a chance to get to know each other and collaborate virtually. Has that proven to be true? What stories/examples could you cite that bring this to life?

The Group has become the MobilePack staff members’ primary connecting point. Just last week, I was having lunch with two of my MobilePack colleagues, and within casual conversation they mentioned stories and photos recently posted in the Group.

What pieces of Groups functionality does the team use most regularly? What has the team found to be effective? Least effective?

The team uses Posts and Photos 90 percent of the time. We did post our Group Usage Guidelines through the Docs function, but otherwise the Group’s primary activity is through story- and photo-sharing. In deciding to introduce the Group, the “Secret” function was essential to us; we wanted the Group hidden from other Facebook users. Our only complaint with that function has been the need for at least one Friend connection for Group Members (i.e., each Group Member must be Facebook Friends with at least one other Group Member). It has required a few colleagues to become Facebook Friends with coworkers, a personal-professional boundary they wouldn’t otherwise cross. However, we’ve talked about privacy settings, and that issue has been mostly alleviated. We thought it would be a greater concern than it has turned out to be.

How do you go about moderating or “steering” the group? In other words, how do you make sure the Group uses Groups to discuss real work and collaborate?

We went into the Facebook Group function knowing (or at least hoping) that it would be a story- and photo-driven tool. We did not expect or want it to be a medium for asking questions about operational best practices, procedures, or human resources information—and we set the expectation as such. That definition seems to have been clear because we rarely (if ever, to my memory) have had to moderate or steer the Group. Yes, from time to time our Group Members post seemingly irrelevant photos (i.e., their dinner menu in rural Louisiana) but such things are part of their life and work on the road, and we acknowledge that such sharing builds camaraderie.

What, if any, ground rules did you set with the team as you started using Groups? And how did you determine those guidelines?

We worked with our Human Resources Department to create Usage Guidelines. We initially emailed out the Usage Guidelines and provided instructions for joining the group; we’ve since posted the guidelines in the Group through the Docs function.

One of the common complaints corporate folks have about Groups is the fact that management believes staff will use the tool as a way to chat and gossip—basically, an excuse NOT to work and waste time. Have you seen that with your Group? What value have the more non-work-like posts brought to the group—and to the benefit of Feed My Starving Children?

As an organization, our mission connects our volunteers and staff alike on a personal level; this is intimately true for MobilePack events, which bring our staff members to communities of all sizes across the United States. Time on the road includes hard work leading food-packing sessions and presenting our organization in a professional, authentic manner—and, sometimes equally so, it includes traveling through airports, eating homemade meatloaf in an Indiana church youth room, and even brief sight-seeing excursions if flight itineraries permit. As such, our organization has—I am grateful to say—acknowledged that personal story-telling is not only natural, but essential, to our unique mission and model. Facebook is inarguably a perfect and—in today’s world—essential tool in connecting people on that level. Of course, like myriad other nonprofits, our organization has been working to build our “corporate” Facebook presence and interaction among volunteers and donors (many of whom first encounter us through our MobilePack staff, by the way).

Has using Facebook Groups saved your team time and/or money? If yes, how much?

YES! Using Facebook Groups has saved us significant amounts of time and money. First of all, the tool is free. It took no training to create and hardly any testing to implement (believe me, I set it up and I am very limited in my own Facebook knowledge and usage). Second of all, we had been investing hours of staff time each month in compiling our MobilePack staff e-newsletter. My MobilePack Supervisor colleagues would each take responsibility for different content areas, and I would copy edit stories, format photos, lay out the various sections, etc.

How are you measuring success in this situation?

Not only has the Facebook Group opened up staff members’ time—but it has made staff communication interactive. Staff members who may not otherwise interact have access to each other through the Group. I can’t overstate the importance of this interaction in making staff members feel valued. While we don’t expect the Group to have tangible “results,” I can say that on average our staff uses the tool every day, and often multiple times a day—often without prompting or any input from the administrators of the Group. For the purpose of connecting staff, I’d say that’s pretty successful. 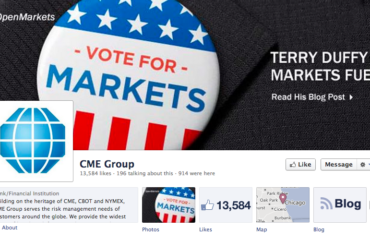 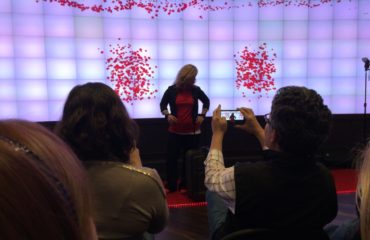 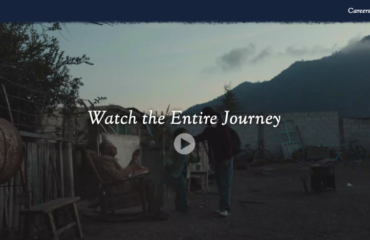