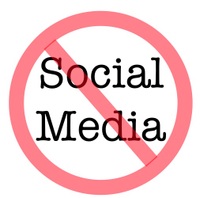 Today is Monday, July 25. It’s the age of the Internet, right? News breaks on Twitter–not network TV–these days. Video chat functionality on Facebook, Google and our phones is making it ultra-easy to chat with friends, in real-time, face-to-face. No matter where you are. The speed of information is moving so fast millennials aren’t even using email anymore to communicate.

Yes, social communication has become a part of the fabric of our everyday lives.

So why is it that 54 percent of companies are still blocking access to social media sites at work?

Certainly that number has come down in recent years, but to think more than half of all companies are still not allowing their staff to access Facebook, YouTube and Twitter during the day. That’s just not jiving, is it?

Now, I’m not here to say all companies should unblock social sites in the workplace. Certainly there are times and places where it makes sense to block. But 54 percent? That just seems too high.

So, I thought I’d make a case to the 54 percent and tell them why they should really re-consider blocking social media sites in the workplace. After all, in many instances, there are some pretty compelling business cases:

Companies are investing in social media as a marketing/communications tool.

94 percent, in fact, according to a Digital Media Wire report. So, given the 54 percent number a lot of those companies are sending mixed messages to their employees, right? In essence they’re saying: “We believe in the power of social media to help us market our products and services, we just don’t trust our employees because we think they’ll waste an inordinate amount of time on Facebook.” Employees aren’t dumb. They see what you’re doing. And they will react and speak out.

More employees are relying on social networks to do their jobs

Professional employees, in particular. In the PR industry, think about your work. How often do you turn to friends/colleagues online for advice? How often do you read blogs to keep up with industry trends? How often do you resource a how-to YouTube video in order to better understand a particular process or tool? Look at the data. 25 percent of employees rely heavily on social networks in the workplace. 1 in 4 staff. And consider, those are most likely (educated guess) your star employees (usually the folks that are the most tech-savvy and with the biggest professional networks). You really want your top performers looking to work for the competition?

According to a study by American Express, 39 percent of younger workers won’t even consider working for a company that blocks Facebook. It’s no wonder. In most cases, Facebook has become their communication tool of choice among colleagues and friends. Why would they work for a company that’s going to block the tool they WANT to use and ARE using on a daily basis to communicate, share and learn. Keep in mind, these folks are your future VPs. Really want to take the bottom of the barrel from this demographic?

Ever heard of the smart phone?

According to Nielsen, by this Christmas one in every two Americans will own a smart phone (compared to one in 10 during the summer of 2008). So, half your company may own a smart phone by the end of this year. That means they don’t need your network. They’ll be (and ARE) accessing Facebook, blogs, YouTube and whatever other social network they want via their phone right in their pocket. So, the fact that you’re blocking social networks on their computers suddenly seems pretty darn pointless, doesn’t it?

OK, I know this is a arguable point, but recent research suggests employees who are given short breaks to surf the Web (or connect with friends on Facebook) are more productive than those who don’t. This is really the elephant in the room for most companies. They’re blocking because they fear their staff will waste too much time on Facebook. But, there are a few things faulty with that logic. 1) That’s a management issue, not a social media/Web issue (that’s been documented before), and 2) Who’s to say Facebook and other social media sites are the only Web sites where your staff can “waste time?” Ever heard of The Onion? US Weekly? Laughing Squid? That list is endless. Just because your blocking “social media” doesn’t mean your staff won’t waste time in some other fashion online.

So, there’s my case. When you consider the key factors, I think it’s pretty compelling. In my mind, the biggest business issue for brands is recruiting and employee retention. People want to work for progressive companies. And, companies those that truly trust their employees. And, as I said before, millennials have even higher standards. You’re blocking Facebook? See ya later. They’re not even looking at your company as a possibility.

What do you think? Are you surprised 54 percent of companies are still blocking social sites? Should that number be lower? Would love to hear your thoughts and experiences. 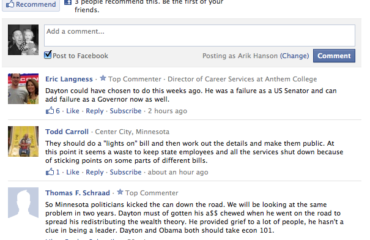 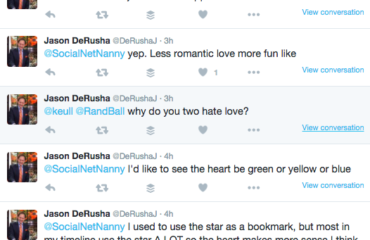 Engaging media on Twitter: Through personal or corporate accounts? 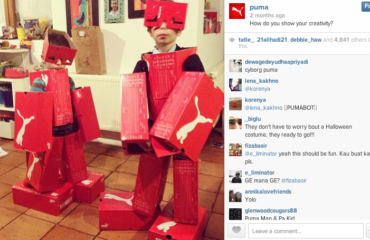