9 reasons (and stats) brands should NOT be using Google+

Last week this Fast Company article laid out what I’ve been suspecting for quite some time (along with a lot of other people according to feedback on Twitter): That Google+ is a ghost town.

Sure, it might have 170 million users. But, how many of those are actively engaged on the platform each day? Who knows–Google won’t tell us.

They might have 400 million users by the end of 2012. But, how many of those have been virtually “forced” to sign up via signing up for Gmail?

My point? Google+ has the “numbers” in some cases. But, a whole different set of numbers tells an entirely different story–especially for brands looking to play on the platform.

1: It’s not addictive for users (As of January 2012, American users spent an average of 3.3 minutes on Google+ – eMarketer)

2: There are limited audiences really using the tool (Two of the biggest user groups on Google+ are college students and software developers – Remcolandia)

3: Don’t trust the Google Super-Hype machine (Google+ is expected to attract 400 million users by the end of 2012 – Remcolandia)

5: No return engagement among users (Roughly 30% of users who make a public post never make a second one)

6: People aren’t hanging out there consistently (Among users who make publicly viewable posts, there is an average of 12 days between each post)

7: It’s still not addictive enough (According to ComScore, non-mobile visitors to Google+ spent an average of roughly three minutes on the network per month, between the months of September and January, compared with nearly SEVER HOURS per month on rival Facebook during the same timeframe)

8: Google’s stuffing the stat sheet (Google makes it mandatory to join Google+ when you register for a Gmail account which really amounts to it being a forced membership)

9: Embarrasingly low engagement (Users spend 3 minutes per month on Google+ compared to Facebook at 405 minutes – in fact Google+ is less than MySpace in terms of time spent on site)

What do you think? Is Google+ a viable options for brands in terms of social media marketing? Or, do the numbers paint too bleak a picture? 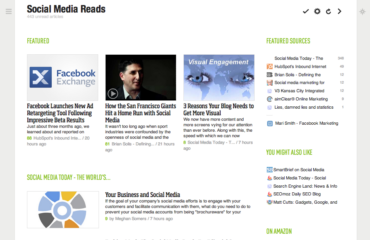 Keeping up with social media–in 30 minutes a day (you heard me!) 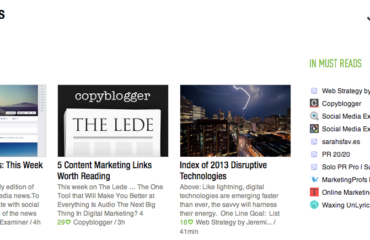 8 reasons Feedly will make you forget all about Google Reader