Yesterday, I had the pleasure of speaking to my colleagues at the Solo PR Summit–a conference put on by the lovely Kellye Crane each year in Atlanta.

It’s one of my favorite events of the year–partly for the content (which is top-notch thanks to people like Shonali Burke, Shelly Kramer, Kami Huyse, Fran Stephenson, and David Griner, just to name a few). But, also for the networking and opportunity to put names with faces–and I put a lot of names with faces in the last two days. 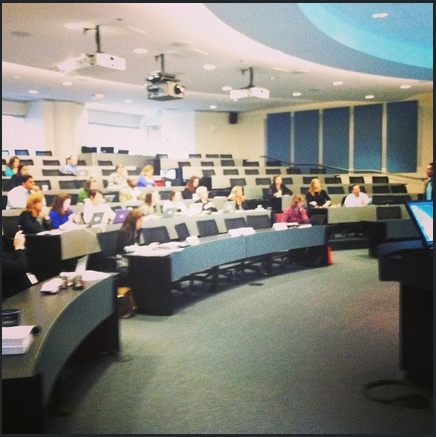 My talk yesterday focused on Facebook ads–and how solos (and you, the readers of this blog) can use them more effectively with your clients. Because let’s face it, as PR people, we’re becoming more and more involved with social advertising all the time. So, it makes sense that we’d be well-versed in the BIGGEST social advertising platform on the planet, right?

Below you’ll find the eight golden rules (best practices, in reality), I shared with the group for Facebook advertising success. Keep in mind, these are not best practices I’m pontificating about, but more specifically best practices born out of actual experiences I’ve had with real-life clients (which are highlighted in the bullets below, and the full deck below, if you’re so inclined).

So, I give you the 8 golden rules for sure-fire success with Facebook ads! 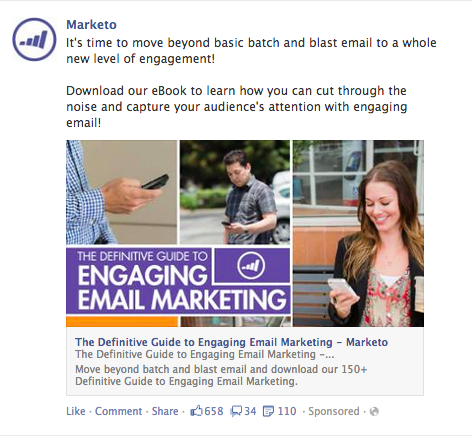 Lesson #2: Repurpose images that perform well in promoted posts in page like ads

One approach that worked particularly well with my client, Health Powered Kids, was to repurpose images that worked well in promoted posts into page like ads. Why is this important? Because, through promoted posts, you can test which images might resonate with your audience at a very low cost (promoted posts for our HPK work ranged between $20-30 a pop). Then, you can turn around and use those learnings to bolster page like ads by using the very best images and performed at the highest levels. In this case, the ad below generated 162 page likes for just $50–and in my mind, largely due to using a photo that had already performed well in promoted posts. 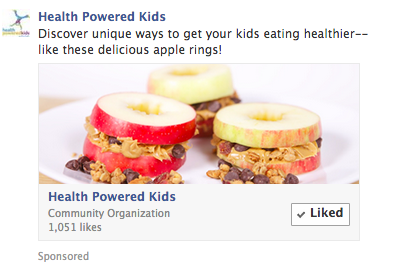 Lesson #3: If you know your audience, target the hell out of them

Seems obvious, but I still think people overlook this one. In my case, it meant micro-targeting Girl Scout Moms and teachers across Minnesota for our Health Powered Kids campaign. And again, those types of posts consistently out-performed those with a more broad focus. 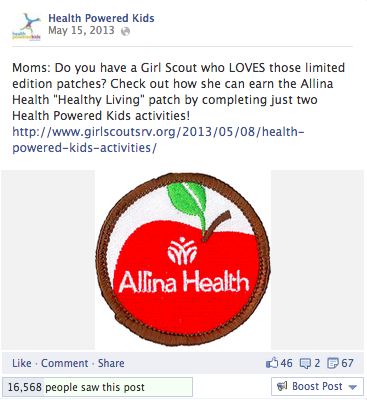 The basic approach I’ve taken with multiple clients who have started from the ground up on Facebook is simple: Build (using page like and page post ads). Engage (using page post ads). Amplify (using promoted posts). Below is just one example of a promoted post we ran for our On the Green Line client–this promoted post cost us just $20, but resulted in 120 likes, 9 comments, almost 4,000 impressions and had a cost per click of just $.12 with the goal of simply amplifying a post we knew would resonate. 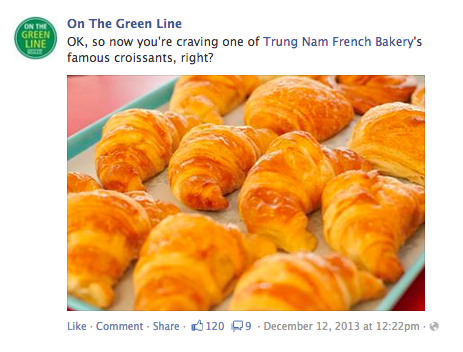 The other big learning from our On the Green Line work? To really target and remember our EXISTING Facebook fans since they were our BIGGEST fans. We knew these were our inner circle-type people. And, they had a huge passion for the Green Line (a new light rail line between Minneapolis and St. Paul, for those outside the area) and the businesses along it. So, we specifically created posts designed to evoke that pride factor–and not surprisingly, they worked quite well.

Lesson #6: Identify your best visual assets and plan Facebook ads around them.

The big flip in thinking with Facebook ads is to think about visuals first–text second. Identify your existing visual assets and plan ads around them (and figure out how to plug your visual asset holes quickly!). We did just this with our Bike Walk Move campaign from 2011-2013. We had great visual assets to work with, including a number of infographics created for the campaign. Here’s just one example below. 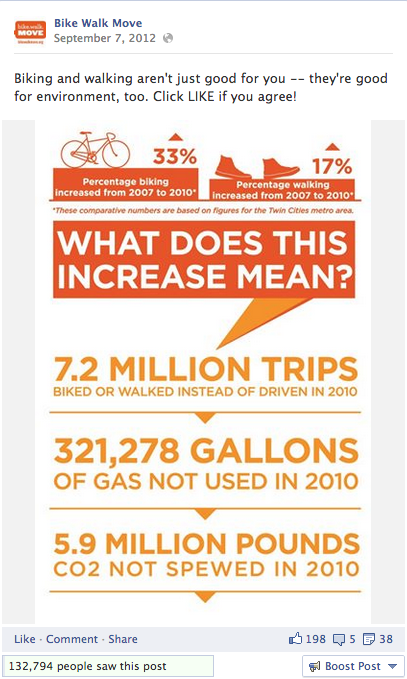 With that same campaign, we also used Facebook ads as a key way to spike likes, comments and shares through amplifying engagement-focused posts (“like” posts, if you will). This worked wonderfully for posts like the following. 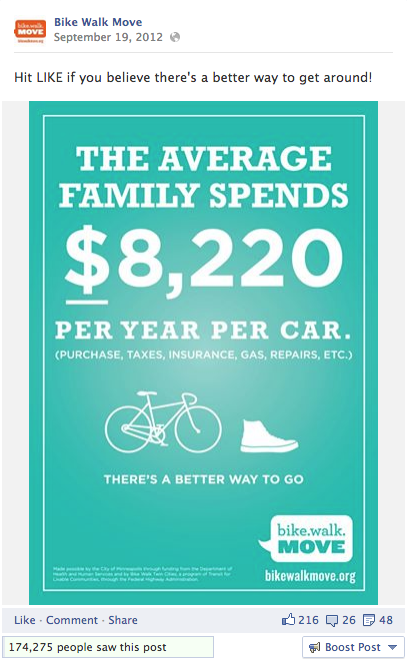 Lesson #8: Do your homework–give fans what they want.

And finally, we also used Facebook ads as part of that Bike Walk Move campaign to amplify content we knew our fans wanted. In this case, we knew our fans craved maps of biking trails and infrastructure. How did we know this? Because Google Analytics told us the maps sections of their web site were the most popular pages on the site! Given that, we had a strong hunch posts featuring these kinds of maps would work well with Facebook ad dollars behind them. Turned out we were right–not huge engagement numbers in this post, but big impression numbers meant we were reaching the vast numbers of people we wanted to reach. 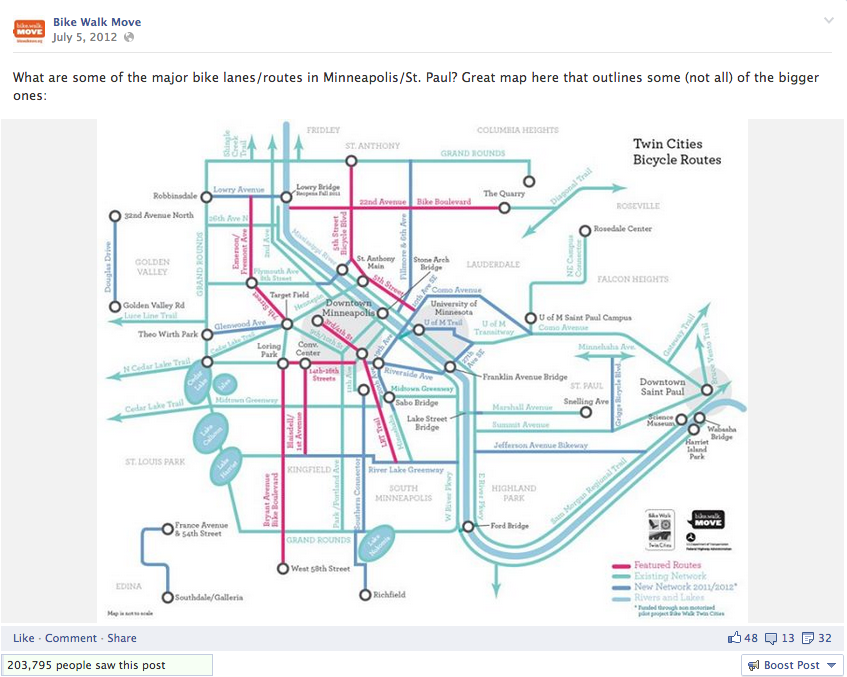 Like I said, if you’re interested in viewing the complete deck, I’m including it here for your convenience, too. Enjoy! 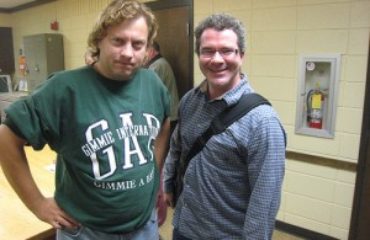 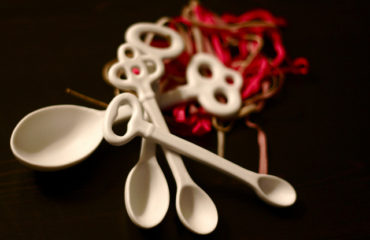 How to conduct a mid-term social media audit