As a PR/communications professional, one thing we essentially get paid to do is to stay on top of trends. That includes media and pop culture. That includes TV shows and movies.

OK, so we really don’t get paid cash for watching TV shows. But tangentially, we do get paid to stay on top of trends. So yeah, it’s a leap, but it does definitely matter.

In small talk with clients. In chatter at the office (as I remember, at least). On the phone with partners.

Knowing what’s going on in the world matters–especially on TV and in the media.

So, I find myself happily writing off the time I spend watching TV shows like Scandal, Sons of Anarchy and Walking Dead.

Of course, I also watch a fair amount of TV news during the day–a prerequisite.

But you know what I find myself watching less and less of? Movies.

On the other hand, I probably watch at least one episode of some TV show almost every day (currently a mix of The Wire, Good Wife, Walking Dead and soon, Mad Men).

Popular movies are getting longer–a lot longer. I just watched Wolf of Wall St. last weekend. Three hours later, I was sorely disappointed. But instead of only wasting 2 hours of my time (or better yet 1.5 hours), I wasted a full three hours (and I saw it at home, without the painful previews). Who has three hours to devote to a movie? Not parents, I can tell you that. At least not this one.

A night at the movies (just with my wife) would typically run me north of $30. And that’s really just for two tickets, a small pop and a small popcorn. Probably closer to $35, actually. TWO PEOPLE FOR ONE TWO- TO THREE-HOUR MOVIE! On the other hand, I just bought the whole first season of The Wire for $38 on iTunes. That’s 13 one-hour episodes. So, $35 for two hours in a theater. Or, $38 for, most likely, 13 different evenings on the couch? I think the value equation here is a slam dunk.

Let’s just do a quick test. Which of the following characters have you heard more about in the past three months:

OK, raise your hand if you even know who the last two are? I had to look them both up–they’re Matthew McCounagahy (Dallas Buyers Club) and Cate Blanchette (Blue Jasmine) in their Academy Award-winning roles this year. By contrast, I would argue almost everyone has heard of Walter White by now. He’s a household name–literally. A cultural phenomenon. And Claire Underwood probably isn’t far behind (both were Golden Globe winners for best actor/actress this year). TV characters have been FAR more compelling in recent years. Let’s go down the list: Frank Underwood, Piper Chapman (Orange), Olivia Pope, Don Draper and Alicia Florrick just for starters. Can you name four characters in today’s movies that carry the same clout? What’s more, the storylines in movies are dying (sequel movie-making anyone?) while TV storylines have exploded (think Breaking Bad, Walking Dead and Game of Thrones for starters).

TV shows–by their very episode-fashion nature–lend themselves better to ongoing conversations online (and off) with friends. You see it every day on Facebook. TONS of people talking about Scandal, Good Wife, Parenthood and other popular shows. Meanwhile, the very best movies, like the new Captain American movie, have a shelf life of conversation of about a week or two at most. While I watch most of my shows on Netflix and iTunes, I see other actively engaging with the live TV shows weekly–you just don’t have that same dynamic with movies. For me, the fun is merely just talking about these shows as they unfold–even if I am watching them well after they air.

In my adult life, I think I can count the number of movies that had surprise endings or plot twists in them on one hand (Usual Suspects comes to mind), On the flip side, TV shows routinely go for the unexpected. Just last week, The Good Wife killed off one of the main characters of the show (“Will”, i.e., Josh Charles) in a highly unanticipated move. To the point where my wife and I still didn’t believe he was dead after the show aired. This has become commonplace with TV shows–and fans love it (Frank Underwood pushing Chloe off the platform in House of Cards, another recent example). While Hollywood continues to pander to the masses, effectively dumbing down their content Jay-Leno-style, TV shows are pushing the envelope and attracting larger (if still somewhat segmented) audiences, as a result. Give me more of the latter any day of the week.

So, that’s why I’ve become a serial TV viewer. I know my situation is a bit more unique (kids + no cable). But what about you? Are you watching more TV and fewer movies, too? 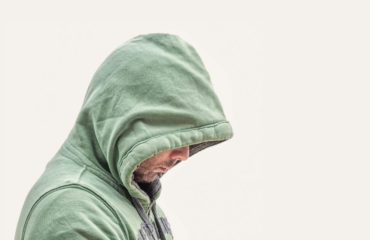 I’m calling for the abolishment of hoodies at client meetings 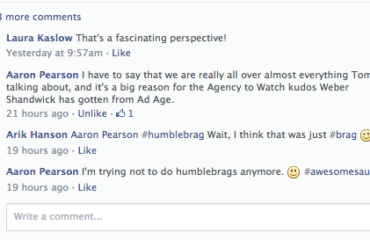 Isn’t it time to give up the #humblebrag? 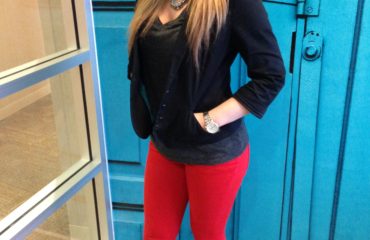