True engagement is slowly dying on the internet

Take a peek at any corporate social media program and you will likely see “engagement” listed as a KPI in some way, shape or form.

Yet, the way the social web is going, that might be a foolish proposition.

Look no further than Twitter for just one example. 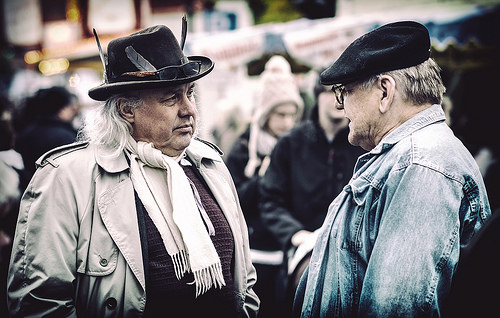 When was the last time you had an actual conversation with anybody on Twitter?

Heck, when was the last time ANYBODY has a productive conversation on Twitter?

Thanks to trolls, the 2016 Election, and a waning interest in even HAVING online conversations, Twitter, as we know it, is slowly dying (or, at the very least changing dramatically).

I’m not breaking news here, but it’s indicative of a larger trend:

Engagement is dying on the internet.

I have three proof points as to “why”:

Sure, the big consumer brands are all about engaging on Twitter (read: recent Wendy’s tweets). But, what about everyone else? And, keep in mind, “everyone else” comprises a pretty big chunk of the accounts and brands on Twitter (small businesses and B2B specifically). Take JP Morgan, for example. 326,000 followers. Big huge financial brand. Yet, a quick glance at their Twitter stream and you see nary a response. They’re using Twitter purely as a broadcast channel. 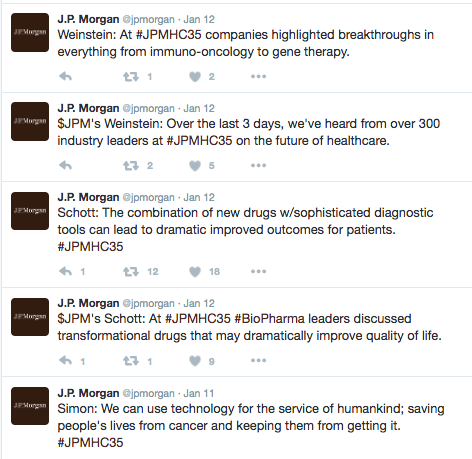 Or, what about Accenture. Another big B2B brand. Another 300+K followers. Another brand who’s clearly not interested in engagement on Twitter. Just look at the stream. 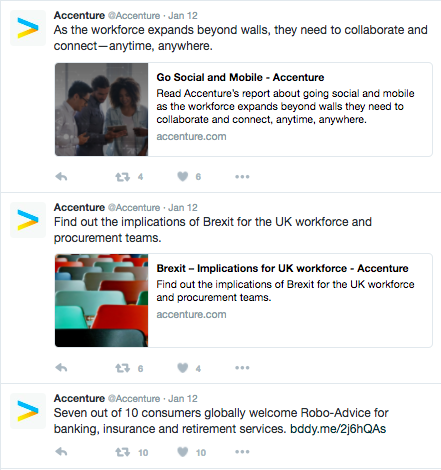 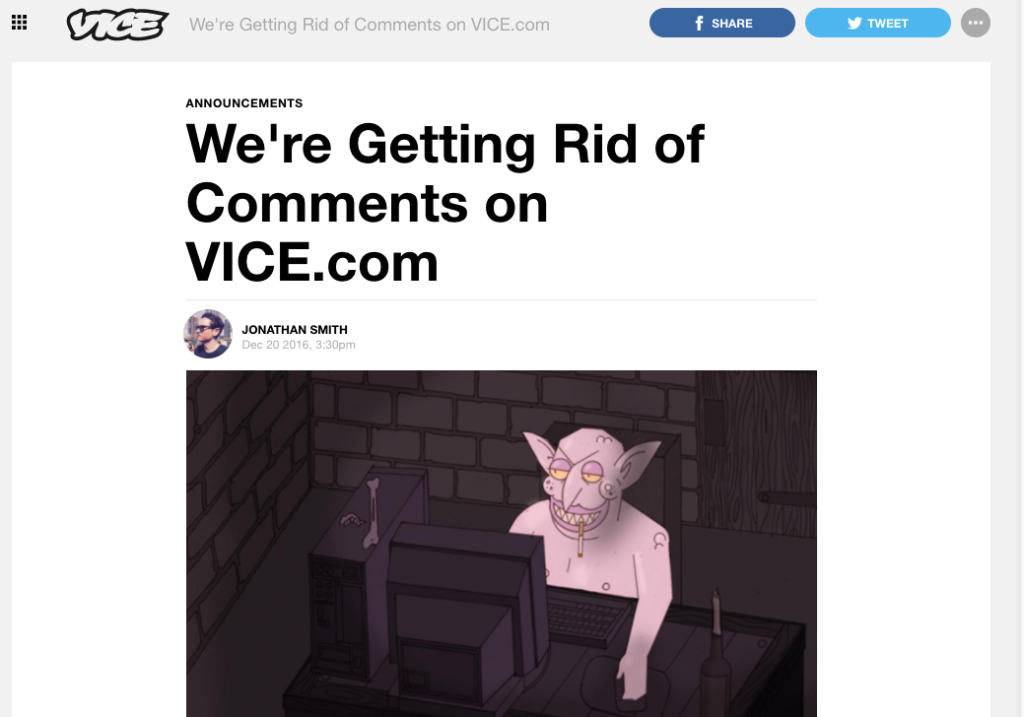 Just ask Vice. The growing media company recently shut down its comments section–which, in the recent past, has become somewhat en vogue among media companies as they make tough decisions on where to spend their time. I thought this quote from Jonathan Smith, editor in cheif at Vice: “(Vice does not have the) time or desire to continue monitoring that crap moving forward”. Because that’s what the comment sections of media sites have become: CRAP. And, increasingly, you could argue the same thing about social media sites, as many conversations on Facebook devolve into hyper-political debates, or worse yet, personal attacks. The media is saying they’ve had enough–they’re going to focus their time and attention elsewhere.

Comments/Shares getting tougher to come by 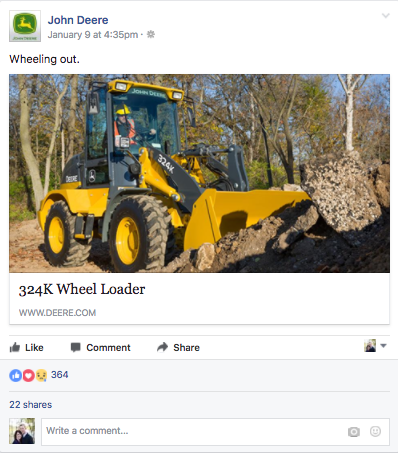 Anecdotally, I’ve noticed a big trend during the back-half of 2016 (and in the first two weeks of 2017): Comments and shares are getting tougher for brands to come by. And, really, do “likes” signify meaningful engagement in 2017? Because I would argue a hard “no” on that. Think about it. Likes are absolutely last on the totem pole of engagement, aren’t they? Comments bring meaningful input to the conversation. They spur conversation. They provide feedback. They are simply a much richer signal from an engagement standpoint. And shares provide the virality we all crave as marketers/communicators. The share is the Holy Grail of engagement. I don’t have any hard data to back this allegation up (outside of what I’m seeing with my clients), but if comments/shares dry up, brands are left with very little else.

photo credit: Mister G.C. Another feather in his cap. via photopin (license) 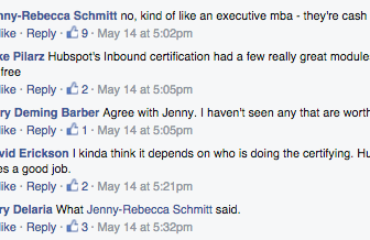 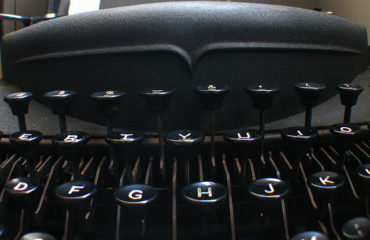 Is there really a shortage of good writers?