You know what’s really interesting to me about YouTube? There are seemingly two worlds:

The former is engaging, interesting, educational and LOL-worthy.

The former is content that people actually SUBSCRIBE to on YouTube. It’s the new “appointment television” for many millennials, Gen Z’ers and whatever we’re calling the 10-16 year-olds.

The latter is content that’s forced down people’s throats with paid amplification through pre-roll and advertisements. You know, the ones we all increasingly tune out when we’re on YouTube seeking information or entertainment.

And it’s time the latter took note of the former and learned a thing or two. Because, I think it’s possible. I think brands could employ some of the attitudes, disciplines and approaches these influencers use to create content. I’d like to discuss four below–using quotes directly from the all-time YouTube himself, Casey Niestat in his most recent Samsung ads/videos:

Quote: “We don’t have big award shows or fancy budgets or fancy cameras. But what we do have is our phones.” and “We know it’s not the size of the production that matters, it’s what you make.”

Lesson brands can learn: You know what these two quotes says to me? Scrappiness. And I think it’s that attitude brands could embrace a bit more when it comes to videos on YouTube. It’s really not as much about the production value (although, yes, that is important to a degree), as it is the IDEA. This is where influencers thrive, and brands struggle. Start with the idea. Don’t throw up roadblocks on why you can’t do it. And shoot BIG! I mean, how quickly do you think Niestat’s idea to create a mega-drone to pull him around on a snowboard would be shot down by most companies? Instead, Samsung said hell yes, and created this:

Lesson brands can learn: Maybe a standard question we should all ask ourselves and our teams in meetings as we brainstorm ideas for new content is this: Are we producing this because we have to, or are we producing it because it’s a GREAT FREAKING IDEA?!?!?! I feel like that would be a pretty good filter. After all, we don’t HAVE to produce an ongoing glut of content these days (if you saw my recent prezo at Social Media Breakfast,  you’ll know why!). So, if it’s not a fantastic idea, maybe the answer is you don’t produce it.

Quote: “When we’re told we can’t, we all have the same answer: Watch me.”

Lesson brands can learn: To me, this quote seems similar to the reactions and feedback most of us have received in meetings over the last 5-7 years as we’ve pitched ideas to our managers, bosses and VPs around content that will work on the internet. Because, let’s be honest, there’s still a whole lot of people out there that still don’t understand how the internet works (believe it or not). So, when those people challenge you in that next meeting, don’t take it lying down. Challenge back! Stand up for your idea–because, most likely, it’s NOT crazy. In fact, I would venture to guess it’s probably miles better than anything anyone else has suggested in the last 5 years. Watch me.

Lesson brands can learn: I’ve said this for years; it’s not about capturing the “perfect” moment. It’s about capturing lots of moments. That’s party of what makes this generation of YouTubers so unique (and to some, obnoxious) They’re not trying to capture one moment–they’re obsessed with capturing thousands of moments. Sometimes that 14th moment is the one that sparks something big. The other thing about this quote that intrigues me is the “different angles” comment. Niestat is clearly referring to the fact that YouTubers like him now capture millions of minutes of video footage via GoPros or phones duck-taped to their heads. Point is: It’s all about a unique perspective. That’s a good thing for brands to think about when producing video for YouTube–what’s YOUR unique perspective. How could you capture it? Just because you’re a brand, doesn’t mean you can’t use the MacGyver-like skills this YouTubers are using. 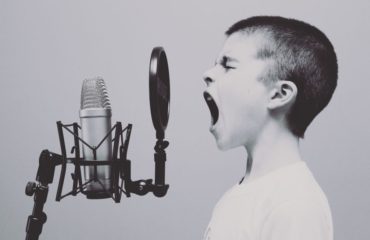 The widening generation gap–and what it means for communicators 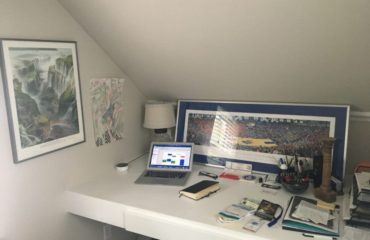 What’s on my desk – the PR/Social media version