In case you missed it, Cracker Barrel fell victim to the most recent “internet mob” last week and had its social media pages completely taken over by folks fighting for Annette Byrd (#BradsWife) to get her job back.

A little background: In Feb., Cracker Barrel fired Annette Byrd. On Feb. 27, Annette’s husband, Brad, started ranting about the firing on Facebook. On March 21, he posted a comment on Cracker Barrel’s Facebook page asking why his wife was fired. A couple days later, seemingly the entire internet was commenting on Cracker Barrel social media posts (Facebook, Twitter, Instagram) about the incident, many using the hash tags #BradsWife and #JusticeForBradsWife. And man, some of the comments were damn funny.

But none of this was funny to the Cracker Barrel team. Unfortunately, they made one misstep after another–and that’s what led them to stories on People and the Washington Post. You see, these social media attacks tend to take on a life of their own–quickly. All it usually takes is one “influencer” to share or comment and BOOM–the internet is activated. Then, after 24-48 hours, the crisis becomes so large, the media start to pick up on it. Then, after those media stories run, the average, run-of-the-mill people start to notice. All that happened to Cracker Barrel last week in 48 hours.

It happens that fast, people.

I know a lot of you who read this blog know that. But, apparently there are many, many others out there who don’t. So, I feel it’s our responsibility to keep pushing these people who still don’t know how the internet works to do the right thing in these types of situations.

The ability to move fast between departments.

Now, I’m just speculating, but my guess is one of the reasons Cracker Barrel didn’t react more quickly via social was the disconnect between their social/marketing teams (who most likely manage the social pages) and HR. Because here’s the thing: HR’s typically not out there monitoring this stuff. And, the “master brand” folks aren’t necessarily looking for HR issues like someone getting fired on his husband’s birthday and giving no reason as to why. In this case, my guess is the social folks saw this coming, maybe they even alerted the HR team. But maybe the HR team didn’t react. Maybe they said “we can’t respond, so just leave it alone.” Maybe they said “don’t worry about that. It’ll go away in a day or so.” Or, maybe they didn’t. Point is, HR and marketing are often very disconnected departments within an org–especially when it comes to the speed of social media. At a bare minimum, you could make a start here by developing or nurturing stronger relationships with your HR colleagues (and educating then on the pitfalls and risks of social media). At a more advanced level, think about scenario planning for cases like these, and who should be in the room when you need to make a quick decision.

The ability to respond–even when you think you can’t

I’m actually flabbergasted Cracker Barrel hasn’t responded AT ALL to any of the #BradsWife comments on any of its social media pages. Yeah, I know they can’t address the elephant in the room (why #BradsWife was fired) specifically. But, that leaves A LOT of room for other things they could say (with legal approval, of course). Why not develop some high level messaging to address the issue from a top level? Even something as simple as this would have probably worked: “Thanks for your comment. We cannot discuss personnel issues publicly, as I’m sure many of you can understand.”

Ability to show patience–and ride it out

The response from the beginning from Cracker Barrel should have been to develop simple language to respond to some comments–and then, shut off all posts and advertising and ride this thing out for a few days. That’s a tough thing to sell up the chain of command, but it’s worth managing those expectations NOW, so when this does happen to your brand,  you’re ready. Because, let’s face it, these types of attacks only last a few days. The internet can attack FAST–but it can also recede just as quickly. 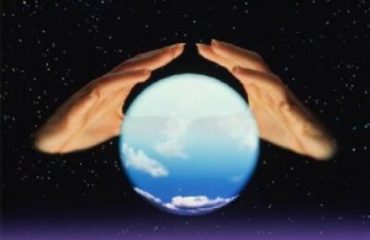 9 simple words to live by in the digital age

Celebrating 10 years as a solo social media and PR consultant 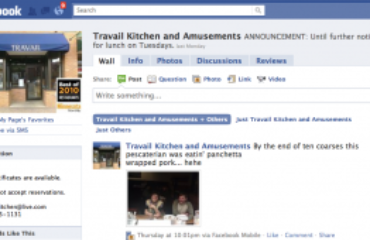