A few years ago, I attempted to get my then 9-year-old son into Scouting. After all, he had shown great interest in the outdoors, camping and other areas Scouts routinely participate.

But, after a few meetings, I found out the Scouts were about so much more–and all of it very good. You see, I didn’t grow up a Scout. In fact, I knew very little about the Scouts before taking my son. What I discovered is that their entire organization is based on the notion of service. And they hold values like honesty, trustworthiness and kindness closely. 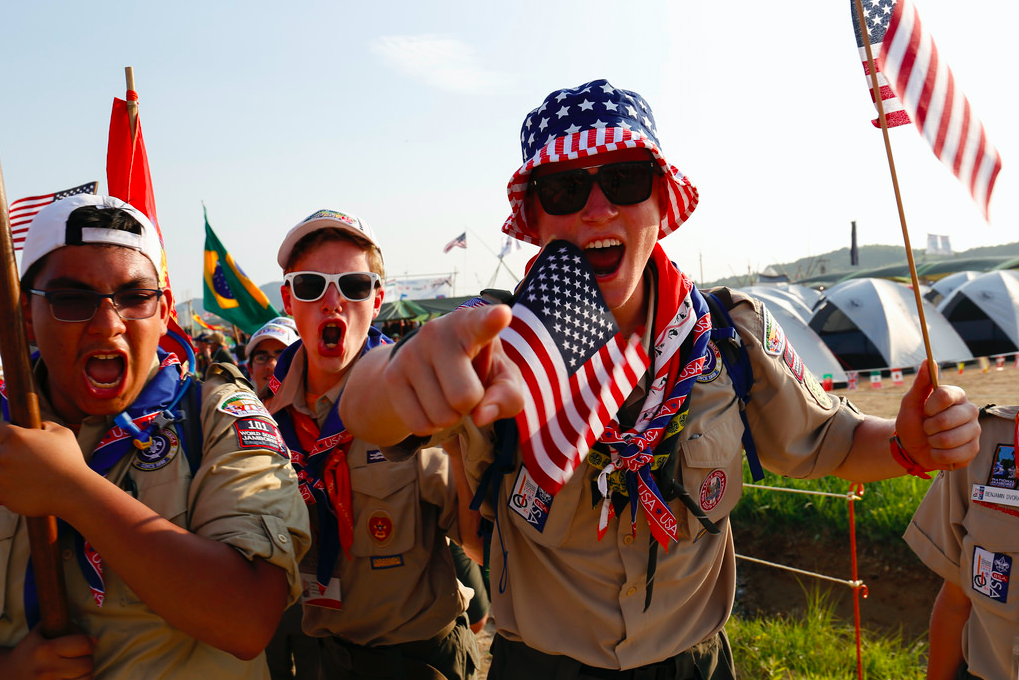 So, I was excited to get my son involved with an organization that had these kinds of beliefs at its core. And, I saw them being carried out first-hand in the meeting I attended. It seemed like a great place for my son to continue to develop these core beliefs.

Since then, my son has fallen out of scouting (to my chagrin)–he’s more involved in basketball, soccer and YouTube these days. I’m hopeful he might rejoin, and as a result, I kept a close eye on the Scouts Jamboree last week, especially since President Trump was speaking.

To recap, in case you haven’t been following along, POTUS spoke at the annual Scout Jamboree last week. The speech was well covered and laced with political references. Not surprisingly, it elicited a lot of media attention and retorts from current and former Scouts.

“You know, I go to Washington and I see all these politicians, and I see the swamp.  And it’s not a good place.  In fact today I said we ought to change it from the word swamp to the word cesspool or, perhaps, to the word sewer.  But it’s not good.  Not good.  (Applause.)  And I see what’s going on, and believe me I’d much rather be with you.  That I can tell you.”

“By the way, what do you think the chances are that this incredible, massive crowd, record-setting is going to be shown on television tonight?  One percent or zero? The fake media will say:  President Trump — and you know what this is — President Trump spoke before a small crowd of Boy Scouts today.” (NOTE: CNN covered the Jamboree live and featured it in many shows and telecasts).”

“By the way, just a question, did President Obama ever come to a jamboree?”

After POTUS’ speech, amidst the to-be-expected negative feedback, the Scouts released an official statement from Michael Surbaugh, the chief scout executive. Here’s a key excerpt:

“I want to extend my sincere apologies to those in our Scouting family who were offended by the political rhetoric that was inserted into the jamboree. That was never our intent. The invitation for the sitting U.S. President to visit the National Jamboree is a long-standing tradition that has been extended to the leader of our nation that has had a Jamboree during his term since 1937. It is in no way an endorsement of any person, party or policies. For years, people have called upon us to take a position on political issues, and we have steadfastly remained non-partisan and refused to comment on political matters. We sincerely regret that politics were inserted into the Scouting program.”

It goes on to say:

“While we live in a challenging time in a country divided along political lines, the focus of Scouting remains the same today as every day.

Trustworthiness, loyalty, kindness and bravery are just a few of the admirable traits Scouts aspire to develop – in fact, they make up the Scout Oath and Scout Law.”

You can read the entire statement here.

Here’s the problem with the Scouts response: If you do indeed focus on the traits above as the foundation of Scouting, why not call out POTUS when he directly contradicted many of those values right in his speech?

You might say, sure, Surbaugh apologized for the fact that “politics were inserted into the Scouting program” (side note: What did you THINK was going to happen when you invited this POTUS to speak?!?!?). And sure, he states the Scouting values and how they make up the Scout Oath and Scout Law.

But, I believe the Scouts didn’t go nearly far enough to highlight that the man standing on the stage in no way reflects the larger Scouting values.

Again, while POTUS’ speech actually had a number of messages most people would get behind, and he did thank the usual list of people most president’s would thank in a speech like this (Scout executives, former Scouts, moms and dads who support scouting, etc.), there were many other parts of the speech that were all about HIM (as they often are).

He put down former presidents and his challenger in the 2016 election.

He put down the media.

He alluded to mistrust in media.

Put simply, many parts of the speech did not reflect the trustworthiness, loyalty, and kindness values the Scouts hold dear.

As a result, you now have op-ed columns of former scouts talking about turning in their Eagle Scout badges. That’s not great PR for an organization that has historically struggled with its public image.

And it’s not great PR for an organization, like many others, struggling to attract young people in an environment littered with activities for young people.

In his response, Surbaugh said: “It is in no way an endorsement of any person, party or policies. For years, people have called upon us to take a position on political issues, and we have steadfastly remained non-partisan and refused to comment on political matters. We sincerely regret that politics were inserted into the Scouting program.”

If that’s true, when the current POTUS (the head of the political world) takes dead aim at your CORE VALUES, why not defend them?

That’s the part about this whole thing I just can’t figure out. 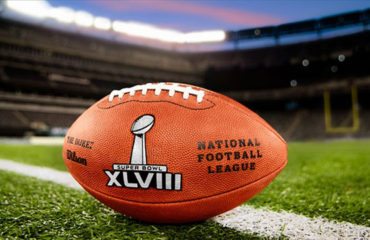 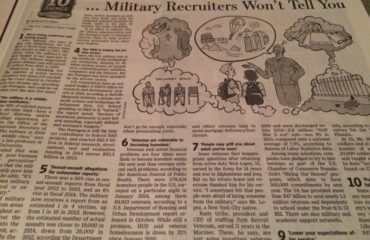 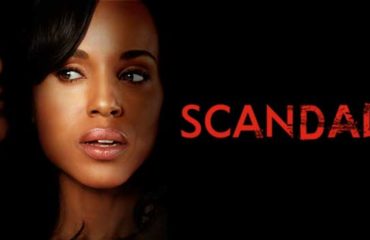