Last week, my friend Amanda Oleson sent me a note about a post I had written that featured her that popped up in her “Facebook Memories” from 2012. The post was about Path. Yeah, you remember Path. The hot new social networking app destined to dethrone Facebook in 2012.

But, that post and Amanda’s note got me thinking: How far have we really come in social media marketing circles in just five years.

Because, lately, I’ve been thinking a lot about the NEGATIVE effects of social media marketing. And, how disappointed I am in how things have worked out.

But, Amanda’s note had me reflecting in a different way.

Think about how MUCH has happened in five years.

Think about how MUCH social media marketing has evolved in five years.

Think about how MUCH that has impacted jobs in the PR and marketing worlds.

Yep, as I started researching, a LOT has changed in just five short years. And, I think I can point to seven posts from my blog in 2013 as proof:

Why Vine is dying on the…well…vine

How to: Write Foursquare tips on behalf of brands with multiple locations

Vine. Foursquare. Path. I mean, I could make a list…

Google Glass: Why it won’t go mainstream until 2023

Remember when everyone thought Google Glass would change EVERYTHING? Yeah, me, too.

In some cases, we’re still facing the same challenges

10 business cases for CEOs to use social media

I’ve been talking about this a lot lately. How many executives don’t even have a LinkedIn profile! In 2018! I mean, we’ve come a long, long ways in many areas. In others, not so much.

Thank, God. The next trend to die (hopefully): Emoji marketing.

Some platforms completely TOOK OFF

Instagram had 90 million users in January 2013. In January 2018, that number had swelled to 800 million. It is now one of the big three social media platforms used by most brands. That’s some serious evolution in just five years.

Emoticons for brands: New trend or too spammy?

What do I have to do to put an end to this trend? Five years and it’s still here? C’MON!

Some platforms entirely changed their focus

LinkedIn beefs up platform: But will you spend more time there?

What was LinkedIn known as in 2013? A jobs site. People went their to find jobs. Pure and simple. Fast forward to 2018 and LinkedIn is a completely different social media platform. Sure, people still visit LinkedIn to find jobs, but they also visit it to get smarter, learn best practices and develop professionally–all by consuming content on the network. 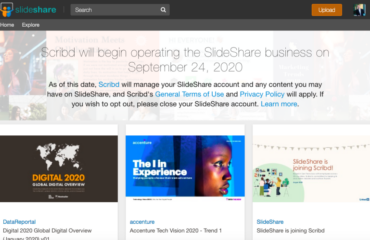 The missed opportunity that was Slideshare 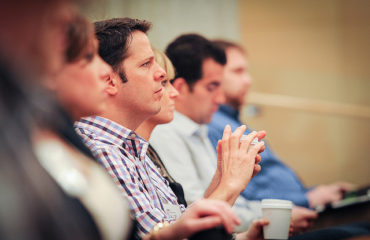