#StarbucksCup on #GoT: What to do when a PR lottery ticket falls in your lap

ICYMI, a (supposed) Starbucks coffee cup was caught on-screen at Winterfell in episode 4, season 8 of Game of Thrones last Sunday. 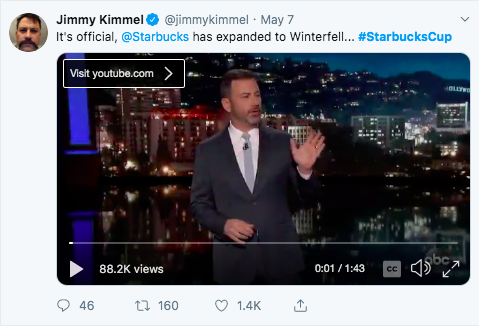 Of course, it took Starbucks less than 24 hours to respond with a smart and uber-relevant tweet:

A day later, and people were saying Starbucks already had received 2.3 BILLION in free advertising from the situation. And, as it turns out, IT WASN’T EVEN A STARBUCKS CUP!

I’m a huge GoT fan, so this has been kinda fun to follow this week. But, as I watched this whole thing play out, I couldn’t help but think of all the brands out there that would KILL for this kind of opportunity. It was the ultimate opportunity for Starbucks to “newsjack”–and yet all they did was make a single tweet.

And man, was that smart.

Just one tweet–and, by the way, directly tied to a brand new product Starbucks is launching.

Starbucks could have really gone gang-busters with this. They could have created all sorts of content and shared across its social channels. But, they didn’t. They did three incredibly smart things in my estimation:

1 – They kept the conversation on the channel where it started. This is all about Twitter. Dual screens during GoT (or any big TV show) is not a new phenomenon. But, Starbucks kept the chatter where it was happening in big doses and not forcing it elsewhere. They even had a Facebook post on May 7 featuring the new Dragon Fruit drink, but didn’t connect it with GoT.

3 – They tied it to business. The new Dragon Fruit drink is just in launch phase. What better way to promote than to tie to the biggest TV show of the season? Conspiracy theories are rampant at this point, by the way.

I think the lesson here for brands is this: when lottery tickets like this land in your lap, be smart, think strategically and resist the urge to overdo it.

With Starbucks vast resources, they could have done so much with this opportunity. Yet, the smartest thing they did was to keep it simple and minimize their involvement.

Food for thought the next time your client or brand wants to “newsjack” the next GoT-like situation. 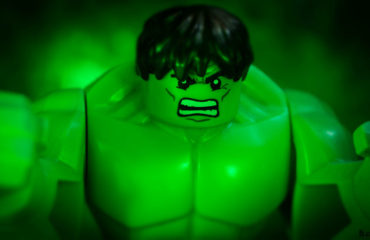 The biggest frustration (by far) of being an independent consultant 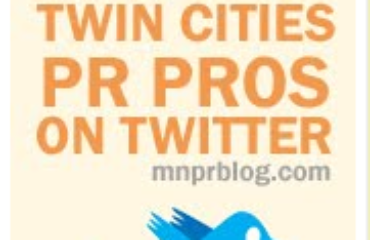