Are we (finally) starting to phase out the a++holes?

If you’re a Minnesota Wild fan, you’ve undoubtedly heard the news: GM Paul Fenton is out.

According to ownership, he wasn’t a “culture fit.” That’s typically code for: he was a jerk to employees. And, that’s not me saying that, it’s talk show hosts, media and fans over the last week or so.

Think about that for a minute: A major-league sports franchise fired a GM for, essentially, being an a**hole.

That got me thinking: Have the scales finally started to tip in our industry? Are we starting to see the phasing out of **holes in communications leadership positions?

Because, let’s face it, this has been an issue for a while. I’ve worked for some fairly awful people in my almost-25 years in this business. Some people where I was like “how did YOU get in THIS position?” I’m sure many of you reading this have experienced the same thing.

I’ve seen some horrific behavior from leaders I’ve worked for. Yelling. Inappropriate comments. Mean comments. Personal comments. Not qualities that define great leadership. And, certainly not qualities that would stand up in this era of transparency.

But here’s the thing: I’m starting to notice the pendulum swinging.

Let’s just look at a few people who have seen success of late, and who are climbing the leadership ladder in communications here in Minneapolis/St. Paul.

First, what about Jeff Shelman, senior director of comms and public affairs at Best Buy? Just 10 short years ago, he was making the jump from media side to PR. Now, he’s a key leader on one of Minnesota’s most well-known company’s PR team. And, he’s almost universally loved among colleagues–and more importantly, former colleagues. I’m not sure I’ve ever heard a harsh word about Jeff–from his days at Best Buy, HealthPartners and Augsburg to his time with the Star Tribune. Clearly, Jeff is a leader with a rock-solid reputation.

Or, what about Anna Lovely, (relatively) new global business communications lead at Cargill. She moved into this new role last fall. I’m sure trust and reputation have played a big part of the work Anna has done in the last nine months to move into this role. Like Jeff, Anna is well-respected across the PR landscape here in Minnesota. I’ve worked directly with Anna in the past during her work with Cargill Risk Management. Her reputation–much like Jeff’s–is sterling across the board. Another one of those people I have never heard a negative word about. And, it’s paying off.

Finally, Stacia Nelson has grown her Pivot Strategies from a one-person shop (her) to a team of 15 in four short years. She also happens to be a generous, thoughtful and kind leader. In fact, she’s the kind of person a lot of people would love to work for (and do, at Pivot). Admittedly, I don’t know Stacia all that well, but she certainly seems to be another example of a good person ascending to a leadership position here in Minneapolis/St. Paul.

And, those are just three I thought of off the top of my head. I know there are others. I can sense a trend. Kindness is winning.

And, a**holes are getting fired!

Here’s to hoping this is one trend that continues in 2020.

6 creative ways to land a job in digital PR 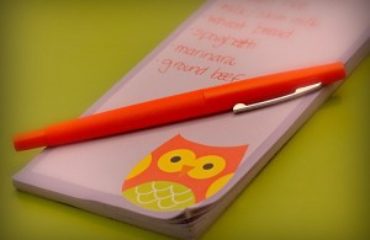 1 Comment to “ Are we (finally) starting to phase out the a++holes?”