About a month ago, I finished teaching my first class at the University of St. Thomas. This was a bit of a dream of mine. Not only to teach, but to teach at an institution like St. Thomas–a school I’ve come to adore over the last 10+ years. 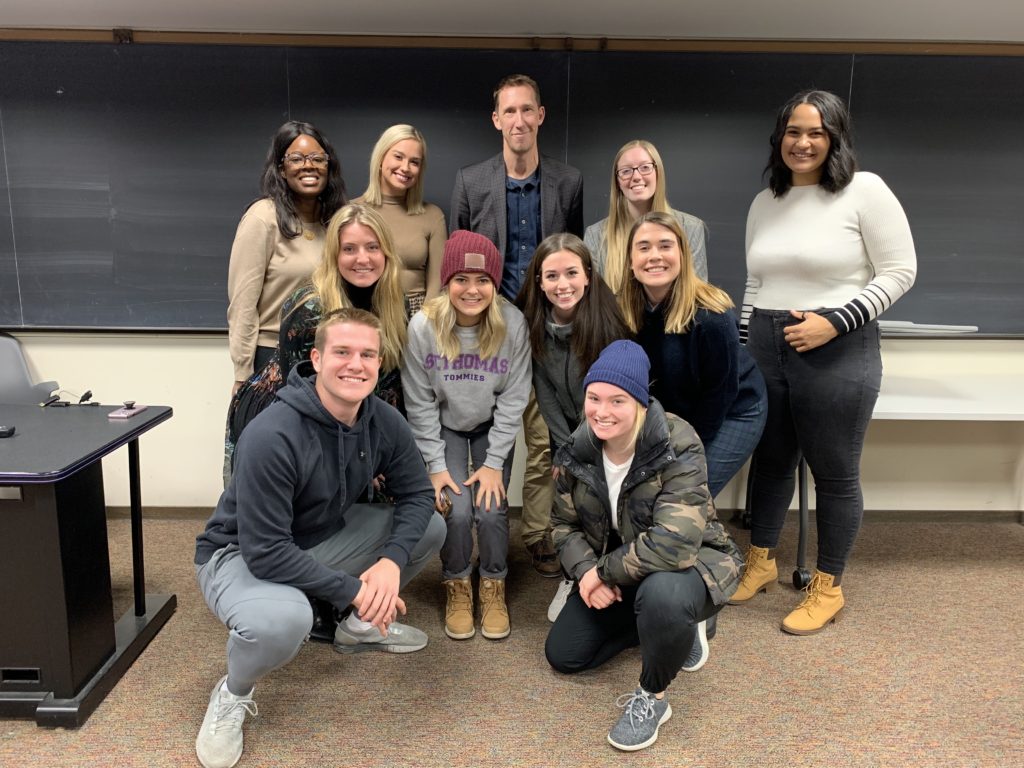 Going into the experience, I thought I would really enjoy teaching. I was wrong. I LOVED teaching. It was everything I thought it would be–and so much more. Yes, it was hard work. But, it was rewarding work–especially when multiple students tell you the class “was the best I’ve had at UST so far.” Yes, it was time-consuming. But, it also got me out of the house three days a week on arguably the most beautiful campus in the Twin Cities. And yes, it wasn’t the most lucrative thing in the world (side rant on that coming soon). But, I learned so much from the students. And, from the people I asked to be a part of the class with me.

In fact, as I reflect back on the semester, I learned a few key lessons I’ll be taking with me into my second semester (which starts in just a few weeks!).

I’d actually never heard many of the guest speakers I asked to speak in class speak! 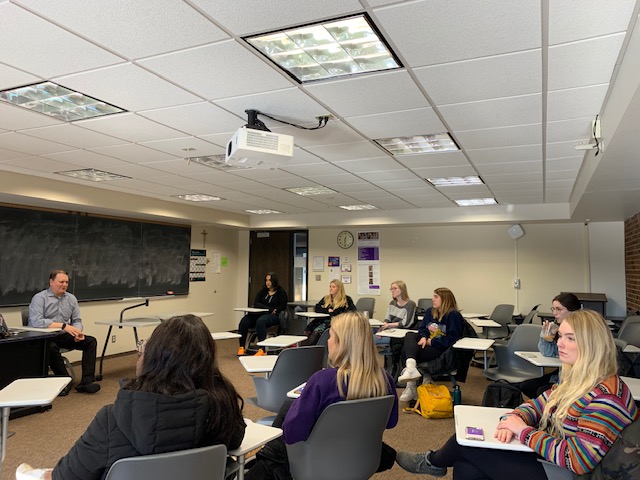 Case in point: My friend Brian Bellmont. Now, I’ve known Brian for 10 years now. I’ve worked directly with him. I’ve been at events with him. But, I’m not sure I’ve ever heard him speak. To anyone that knows Brian that’s probably not all that surprising. He’s one the most humble people I know. Which made it all the more rewarding to hear him talk about his career progression and accomplishments. I learned a number of things about him I never knew (for example, he was a relatively famous writer for the now defunct Twin Cities Sidewalk)! In fact, I was taking notes! Really listening to what the guest speakers I asked into class had to say was one of the big hidden learnings of the entire semester.

One big component to class was case studies. We had eight classes during the semester where I brought 2 current case studies from the real world into class for discussion. And when I mean current, I mean CURRENT. We talked about the South Dakota “On Meth” campaign. We talked about the Barbie Dream House idea on AirBnB. We talked about REI’s new hard copy Uncommon Path publication. And, preparing for these classes forced me to keep current–even more than I usually am. It really forced me to look harder at case studies–something I don’t normally do. But, I found it more interesting and challenging than I thought going in. 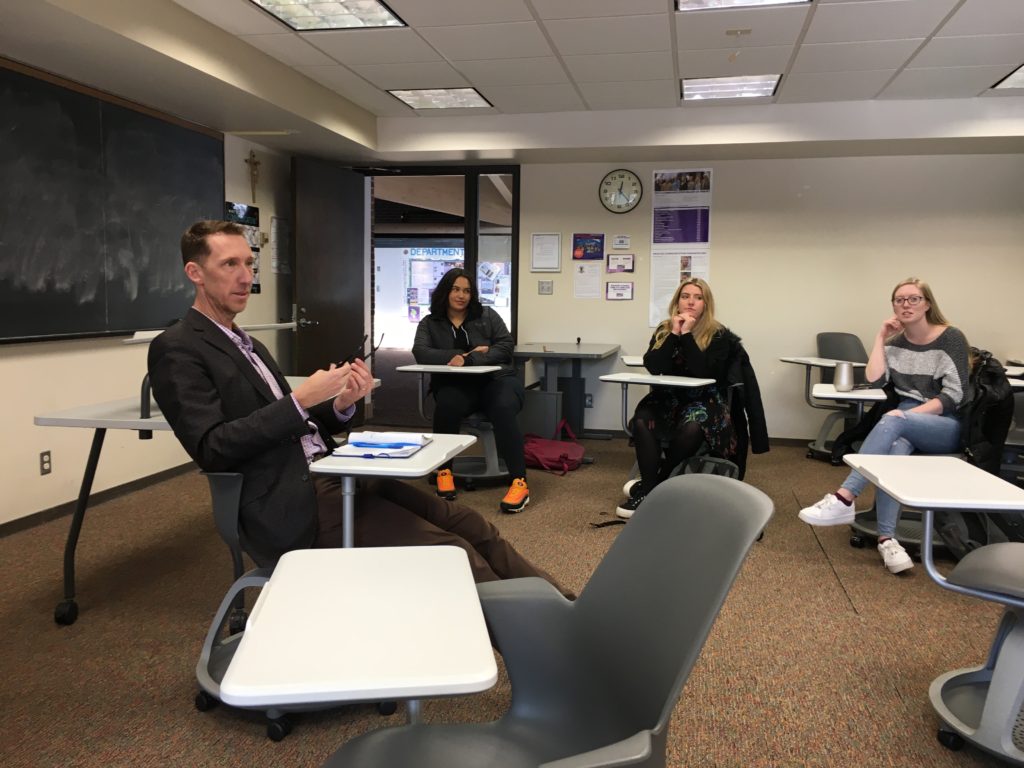 Any professor will tell you this–keeping today’s student’s attention is not easy. In fact, I got all kinds of advice on this topic before the semester began. Most of it boiled down to two simple ideas: Keep things moving and change formats frequently. So, that’s exactly what I did. I tried not to talk all the time (hence, the case study days!). I tried to incorporate in-class exercises to break up the monotony. And, I tried to bring in people who weren’t me (i.e., guest speakers) so they’d hear another voice. I even tried other tactics to build repoire. Even the simple idea of pulling up a desk and sitting down in the middle of the room made a big impact. It seemed to break down a wall. When I was “lecturing” in the front of the room the first few class periods, I probably came off a bit too “professorial.” Once I sat down in that desk, I was almost a peer (not that that was my intention). It was interesting to try new things in the classroom, almost constantly, as an experiment to see what held their attention, and what didn’t.

Have a plan, but be ready to adapt. Quickly. 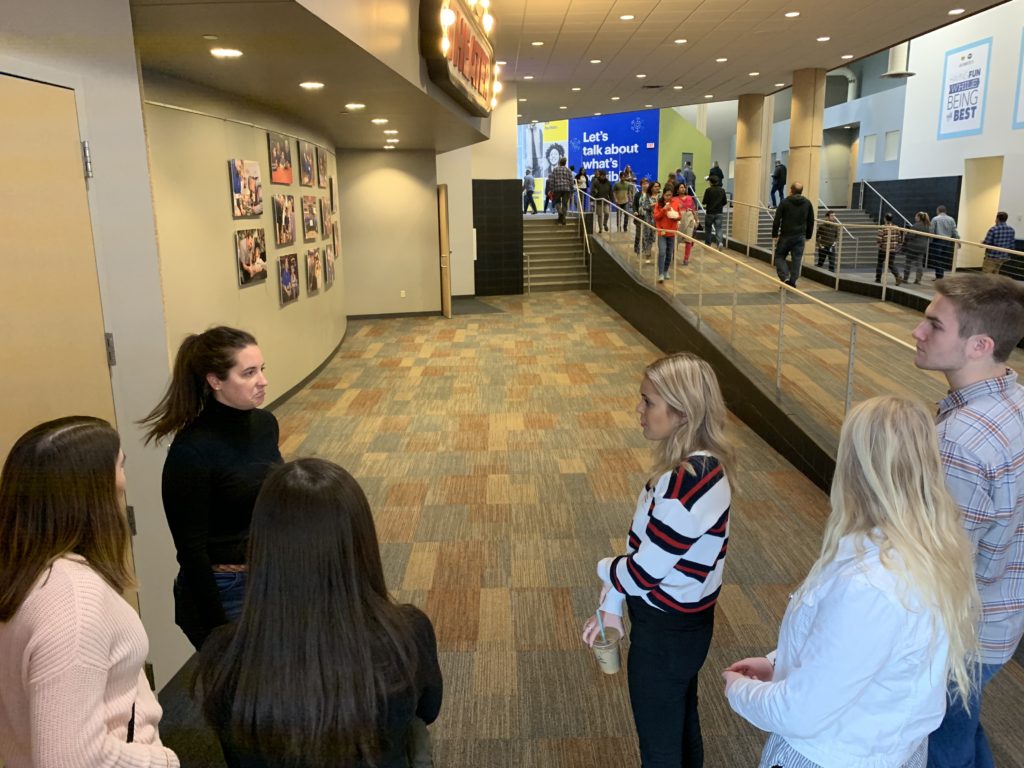 I think my 10 years as an entrepreneur prepared me well for this line of thinking. I had a syllabus and a plan going into the semester. But, I was also open to changing that plan quickly, if it needed changing. And, it did. For example, it quickly became apparent to me that the kids LOVED the guest speakers. I mean, my ego was bruised for a moment, but then I realized: they don’t just love the speakers, they love what they represent–the real world. So, why not broaden that and get the kids outside the classroom for a tour so they can see what the real world actually looks like! That’s exactly what we did–taking tours of Best Buy and Padilla. And, my guess is that was one of the best parts of the class for many of the students. And it would have never happened if I wasn’t open to adapting on the fly.

One semester down. One to go! And, I hope many more after that. For now, I’ll keep sharing learnings and what’s happening in the classroom, as long as it’s interesting! 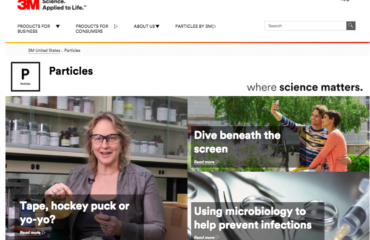 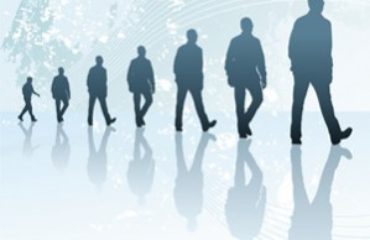