Last week, a post I wrote caught some serious flack on LinkedIn. It centered on J-Lo’s recent influencer marketing gaffe. The original title of that post: “It’s high time A-Rod gave J-Lo some influencer marketing advice.” After sharing it on LinkedIn, I received feedback from some female friends and colleagues that I have a lot of respect for–Candee Wolf and Gabby Nelson, as well as others. The message: You missed the mark on this one. More importantly, the post and tone came across demeaning and rude to women.

Originally, I wrote the post in a very straight-forward way–J-Lo had made a sizable influencer marketing mistake, which is very unlike her. And as I wrote it, I was trying to think of a way to add a creative twist to the post. My thought: Write it as if A-Rod was giving her influencer marketing advice. Clearly, this is ridiculous, since A-Rod is 1) Not all that well-liked, and 2) Doesn’t seem to know nearly as much about how to market yourself via social media as J-Lo does. Pure satire. At least, that was my thought.

Boy, did I miss the mark.

And, because of that, I offended women in our industry–including a number of friends. I am truly sorry.

But, with every failure (and man, this was a failure), there are lessons to learn:

Humor can come off tone-deaf

I was trying to have fun with how a dialog between A-Rod and J-Lo might look in real life. And, it came off as condescending and belittling. Lesson: always check to see if humor is actually reinforcing stereotypes. In this case, it was adding to the same rhetoric we are trying to pivot away from. And that is not funny. It’s tone-deaf. I was guilty of this and it was a hard, but very important, lesson for me.

Listen to your friends when they speak up

I’ll be honest: it was hard to hear from clients and friends that they were offended. I thought “they know me and they know I wouldn’t mean anything negative towards women!” After all, I highlight strong, smart, amazing women in my industry all the time on my blog. But, if those friends and colleagues wouldn’t have said anything in the comment stream of that post, I wouldn’t have learned this was an issue I needed to be aware of. And for that, I am grateful. I’m glad those friends spoke up.

I’m usually hard-and-fast on the “do not delete” posts or comments mantra. After all, if you said it, you own it, right? But, I altered my original blog post because it was offensive. It wouldn’t be authentic of me to leave something up that wasn’t in line with my values. So I edited it. And, ultimately, I decided to delete the post altogether. It just didn’t feel like the point I was trying to make (around influencer marketing) was worth it in the grand scheme of things. What always matters to me is that I am contributing in a meaningful way, sharing a unique perspective, and adding to the collective good. After reflecting on this over the weekend, this post did not contribute to the collective good or contribute in a meaningful way. It reinforced stereotypes and the garbage that women (and men) are working so hard to eradicate. So, I took it down. I went against my rule–and I think it was the right thing to do (I only wish I would have done it sooner).

I would also normally advise clients to let the 24-hour news cycle die, rather than keep it going with a post like this. And for corporations, sometimes that does hold true. But my goal is to be real. To fail, learn and get back up. So, I decided to bare this black eye and own it by sharing this message and showing what I’ve learned in the process.

Again, I hope you’ll accept my most sincere apology. 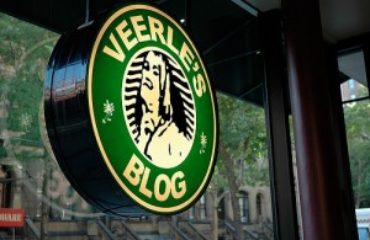 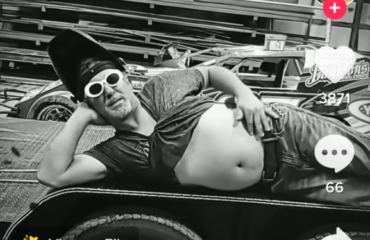 3 (relatively) easy ways to get your brand started on TikTok 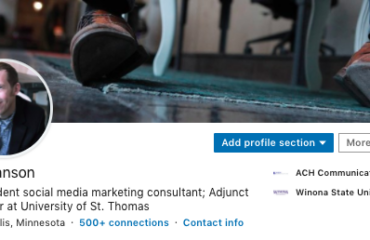 The little white lie of the social media profile shot