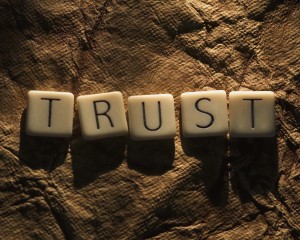 Was it because the content was compelling or interesting?

Or, was it because of the person/brand who created the content?

For some, the answer is probably a bit of both. But, I want to raise the issue because given the sharing I see online each day, I have a theory (and it’s really not all that shocking).

I think a lot of people and brands create compelling content online these days. So many smart people. So many insightful posts and articles.

So, why do some get shared exponentially more than others?

On one hand you have Danny Brown. A guy who churns out great content every week. Content that’s interesting, relevant and useful for many people in the PR, marketing and social media niches.

On the other, you have Mashable. Arguably one of the de facto sources for social media news and information online. Pete Cashmore has built a veritable online empire in just a few short years.

But for both Danny and Mashable, I might argue that great content is a smaller part of why people share their stuff. In many ways, content is the appetizer, but not necessarily the main course.

In Danny’s case, he spends a decent portion of each day sharing other people’s content. Helping make them stand out in the crowd. Using his community to help them. In fact, Danny’s developed a reputation as the kind of guy who would rather help you and the world (see 12for12k and this “pimp your blog” post) than help himself. It’s just who he is. And it’s why he has the community he does.

With Mashable, Pete and his crew have developed a site with a reputation for breaking news and providing interesting insights on the social media news of the day.

In much different ways, both have worked hard to build trust and credibility.

And, I think that’s actually more powerful in many ways than the content people and brands like Danny and the Mashable team are delivering.

Why? Because we’ve all seen it in action. Haven’t we all witnessed people who share posts from folks like Danny and Mashable without fully reading them?

I’ll tell you why: Because we trust these people and brands so much, we’re willing to take a leap of faith and believe their content is great because of our trust in the person/brand.

Danny Brown and Mashable have built up such trust, such goodwill that people will share their content without fully reading it.

Oh sure, we might skim the posts. We might read the first paragraph even. But, we probably don’t always read the full post (notice I’m saying “we” here–I’ve been “guilty” of this too). But, we share it because we trust Danny and Mashable (and the people behind Mashable, in some instances) and we value their content.

Let me clarify for a moment that this is in no way an attack on Danny’s or Mashable’s content (if you know me well, you know I’m a huge fan of Danny’s work and I’m definitely a Mashable subscriber). All I’m saying is the trust Danny and Mashable have built up is in many ways more important than the content they’re creating.

What do you think? What’s more important for people and brands–content or trust? I’d love to hear your thoughts.